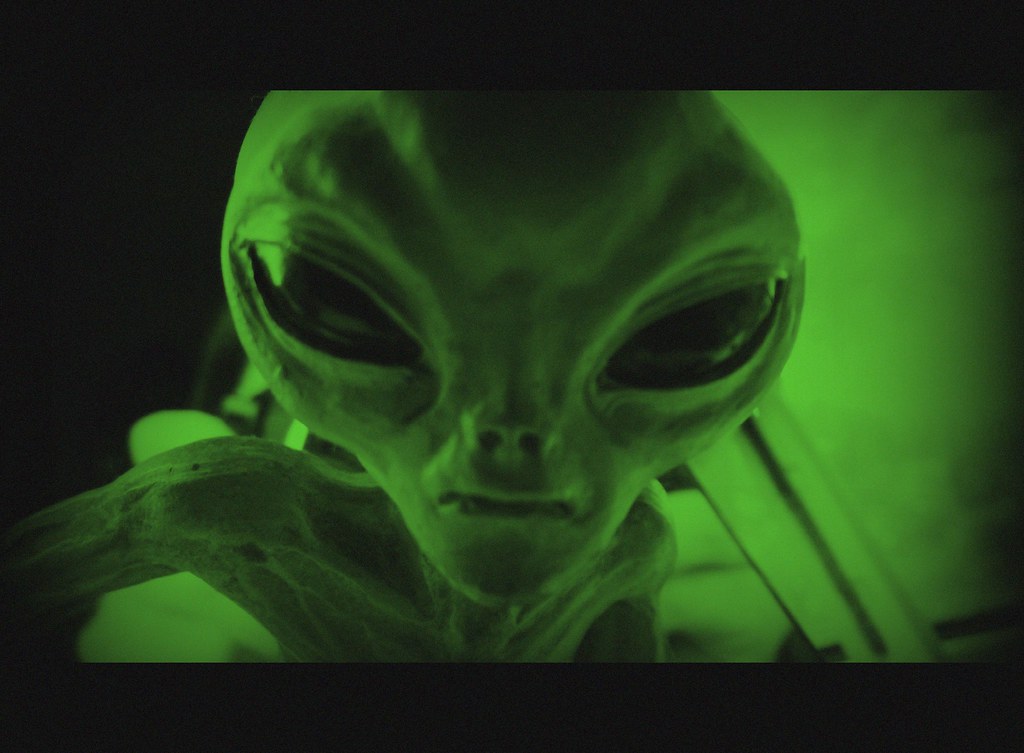 YAHWEH, THE BIBLICAL GOD, IS AN ALIEN

"The entire concept of UFOs and extraterrestrials

lends itself to tremendous speculation, controversy, and debate.

I am eager to dive into the deep end,

to talk about taboo subjects,

to air-out certain topics that I would like to see get more attention."

The Reverend John Marcus Polk was born in 1969 in Raleigh, North Carolina. He holds a Bachelor of Arts degree in Broadcasting, and another Bachelor of Arts Degree in Metaphysics from the University of Sedona. This university granted john the title of International Metaphysical Minister after his studies were complete. Rev. Polk is also a Reiki Master, and an instructor in Usui Reiki. He is the founder of Wolf Spirit Ministries, LLC. In addition to all of this, Rev. Polk was gifted with the ability to be a channel and a medium. In his book, “Yahweh, The Biblical God, is an Alien” Polk adds his insights into Ancient Alien Theory as a theologian, in the area of exospirituality and how we humans should value our own human experience over what we are told is reality.

John writes: I am channeling “Yahweh”, the Judeo-Christian and Islamic alien god featured in the Bible, the Hebrew Bible and in the Quran. For thousands of years, up to this present day, he has been masquerading as the real God and is pulling a collective veil over the eyes of most of the world. Ancient alien astronaut theorists comprehend this reality, but most of humanity has no idea. Yahweh tells me the time draws near for full alien disclosure, so that we primitive Earthlings can be weaned off of the Mother Universe’s figurative bosom. He wants the world to know that he is an extraterrestrial, that he is not God and that all God-figures in all cultures are ET’s, not God. However, all creator-gods and Yahweh had wanted we humans to keep worshiping those creator-gods just like always. As collective humanity adapts to this knowledge, religion, culture and tradition need not change. For now, you may pray to the alien god you have worshiped all along but now, pray to the real God as well. The real God loves everyone regardless of their religion or belief system and therefore, he is the God for everyone. Make a deliberate point in your mind to differentiate between the two.

Until this planetary transformation event takes place, we will be kept in the dark, unable to reach enlightenment. Enlightenment begins with we humans understanding and worshiping the real, universal God-love consciousness alongside with the alien gods we learn of in our religious texts. Yahweh, and other alien creator-gods who promised to return in the future, can foresee this time approaching. Instead of blanketing each continent with massive mother-ships, sending we indigenous Earthlings into a global panic, they are attempting to forewarn us of greater days to come. The extraterrestrials want to intervene in our lives on Earth because humanity is spiraling down in a negative direction. We are raping our planet of its resources for energy, for example, when there is an abundance of renewable and free energies being hidden from us. Additionally, our world leaders are doing a pathetic job of working together. Most of our countries’ leaders are inept because they are selling out. Everything is based on money and war, which is draining the loving spirit energy of our entire planet. Money, truly is, the root of all evil.

I am one of many chosen seers from around the world, whose mission is to communicate this message with the masses, so that when changes occur, it’s not a total electric shock. Before I die, full disclosure about ET’s and the world-wide disinformation campaign and cover-up will be revealed globally. Yahweh wants light workers, like me, to be mediators in this life-ascension event for all humanity.